Games to Play With Your Kids

Has all this social distancing got your kids cooped up with nothing to do?  Here are a few online games that can be fun for the entire family!

This is an extremely popular game in which you use “mined” blocks to build a house, castle, pirate ship, and other items.  There are also monsters to fight, fortresses to explore, and a dragon to defeat if that’s the kind of thing you’re in to.  Players can also gather resources, farm vegetables, or breed livestock.  Players who are more technically minded can use “redstone circuits” to build automated contraptions, farms, and traps.  If they get deep enough in to the redstone portion of the program, it can teach players some basic computer programming logic.  Younger kids can play on “creative mode” where they don’t have to gather the blocks they use and the monsters don’t attack.  Parents can download maps of ocean adventures, Middle Earth, or Washington DC so there really is something for everyone.  Kids can play alone, or find other friends to host games.  There are also “community” maps that anyone can access with simpler games like Hide and Seek.

There is minimal violence and no blood or gore.  The monsters are not at all realistic, and other than a surprise when one jumps out from around a corner there isn’t much to be scared of.  Those who progress farther in the game can make a portal to a dark, seemingly underground lava world with fire monsters and giant ghosts, but no mentions of demons or devils or anything that might run counter religious or spiritual beliefs.

The console and phone versions are compatible with each other, so kids (and their parents) can play on the X-Box and you can play on your phone or vice versa.  Most community games and maps can be accessed totally through the game.  It’s intuitive enough that my seven-year-old figured it out without any outside help from me.

If you want to play with your kids, computer gamers will need a second computer.  This version takes more effort to track down and install new maps, and you’ll have to do a Google search to find community servers to go on.

My seven-year-old has been playing on the computer and on the console for a couple years now.  He mostly plays on his own creative world, but he also likes to get on the “survival server” and play with the big kids as well.  He gets very excited when a new update comes out.  My 4-year-old who isn’t into video games (yet) has started playing recently.  She can make her own house, but needs some help with the finer points. Translation:  She likes to sit in my lap and tell me what to do.

Pokémon Go is a scavenger-hunt game where players encouraged to take their phone outside, walk around their neighborhoods (and anywhere else) to find and catch Pokémon.  The game revolves around visiting landmarks around town including:  churches, Starbucks, local art, trail markers, playgrounds, etc.  Smaller ones are “Pokéstops” where you just click the stop and get your items for the day.  Larger landmarks are Gyms where players can use their Pokémon to battle other Pokémon.  Players can also battle your friends and trade Pokémon.  The real appeal of this game is collecting cute and cool-looking Pokémon, and once in a while getting that coveted rare “Shiny Pokémon” that just looks cooler than the regular ones.  They also have monthly “community days” where they encourage all players to go out, make new friends, and trade Pokémon. They also have other random special days that pop up from time to time.

With all the social distancing going on, the game makers have added more “quest” type of things that players can do mostly from home and have found ways to really keep people interested even when they can’t go out much.

There is really no violence.  The battles mostly involve throwing dirt at each other and shooting water bubbles and lightening.  When someone wins a battle, the other Pokémon faints and has to be revived and healed with a special, but is no worse for wear.  There is really nothing inappropriate that I can find in this game for any age.

Since a big part of this game is actually going around town younger players will need some assistance in that area, and adolescent players will need some conversations about not trespassing and not walking in to traffic with their head down.  There are warnings along these lines at the beginning of the game.  My 15-year-old nephew has been playing for about three years and sometime is it the only thing that gets him outside, walking on the trail or riding his bike.  Since my sister plays with him, it has also helped her get to know his friends a little as well.  My 7-year-old plays off and on, but it takes a little more work day after day than he’s really interested in. Still, he likes to catch things here and there and talk to his cousin about the last Pokémon he caught.  My five-year-old doesn’t play on her own, but does like to look through all the different Pokémon from time to time.

This is a Cartoon Network game and although the Cartoon Network can be all over the place as far as family friendliness goes, this game is super simple and appropriate for all ages.  The characters are from The Amazing World of Gumball and Commonsensemedia.org rates the cartoon as 8+.  The game consists of pressing left or right to climb boxes higher and higher while dodging slime balls and retractable spikes.  I’ve only played it for 15 minutes, but it seems harmless to me, and the kids seem to like it a lot.

This is a remaking of all the old Sonic games from the Sega Genesis.  It has the same look and feel, but has some new characters, shields, and bonus stages.  The player races through the stages gathering rings and destroying robots to release the little small woodland creatures inside.  At the end of each stage is a boss robot usually involving Dr. Robotnic.

The violence is about as low as it can get when destroying robots and saving the day.  My five-year-old can reach the first boss by herself, and my seven-year-old got through the first few stages, however now, they like to watch me play.

If parents remember the snake game where they had eat all the berries to elongate the snake’s tail, then this game will look very familiar. It’s an updated version of the same thing, but there’s a larger map, more snakes, and if anyone touches another snake they turn in to a long line of berries.  There are other players so it kind of keeps things interesting, but there’s no chat to worry about.  It’s just a silly fun game that doesn’t take a lot of thought, and each round doesn’t last too long (unless players are REALLY good).  My son was in to this game for a while and still picks it up now and then.

This is the standard Mario Kart, a little simplified for play on phone.  Players move their finger left or right to steer, and tap to jump or throw items.  It has all of the classic shells, bananas, and question mark blocks that are common in Mario-based games.  My son picked it up before I did, and is way better at it than me.

Age: Any, but monitor it from time to time

Roblox started as a Minecraft knockoff, and has kind of sprouted off to it’s own thing.  Minecraft is all about mining and crafting, and figuring out how to do what players want to do within the limitations of the game.  However, Roblox consists of finding neat Parkour featuring favorite cartoon characters, or roller coasters players can ride, or a pizza restaurant players can operate by jumping up and down on the certain blocks.  I think anything (cars, planes, dinosaurs) can be programmed in.  From what I understand, it seems like anyone can make maps or games and put them online, and if they get rated well they will be featured.  There are definitely some weird games as part of this platform.  My son’s favorite one is “Thick Hero” where you just eat and work out to get bigger and bigger.  All these games have multiple players, and some have chat, of which parents should be aware. Also, with anyone creating maps there’s no telling where a player could end up.  However, I have never found anything to be concerned about.

The list of Lego games is endless.  The gameplay is pretty similar from one to the next.  The player’s Lego man runs through the levels and clicks buttons and flips switches to open doors to get the next area while Lego bad guys try to stop you.  As you play though, new characters that have different moves or different weapons are unlocked.  Most of the games have no words and little to read.  I think they’re all rated 10+, but I think they are geared toward younger players as well.  Some younger players may need a little help with some of the puzzles, or need to watch a walkthrough on YouTube, but can do most of it on their own.

If your family likes the Lego movies that the games are based on, there are enough jokes and references to make you chuckle a little.  Our family has played Batman, Star Wars, and Jurassic Park.  Other than the mild violence you’d expect from a kid’s Batman game there is really very little to be concerned about. 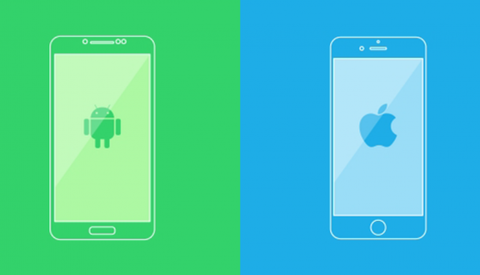 Android vs. iPhone: Why I choose Android Every Time! 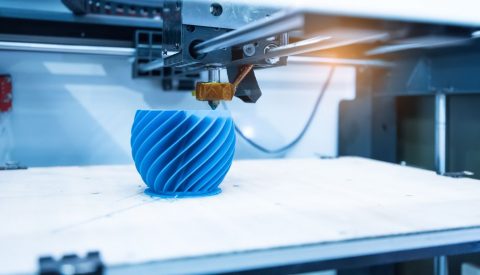